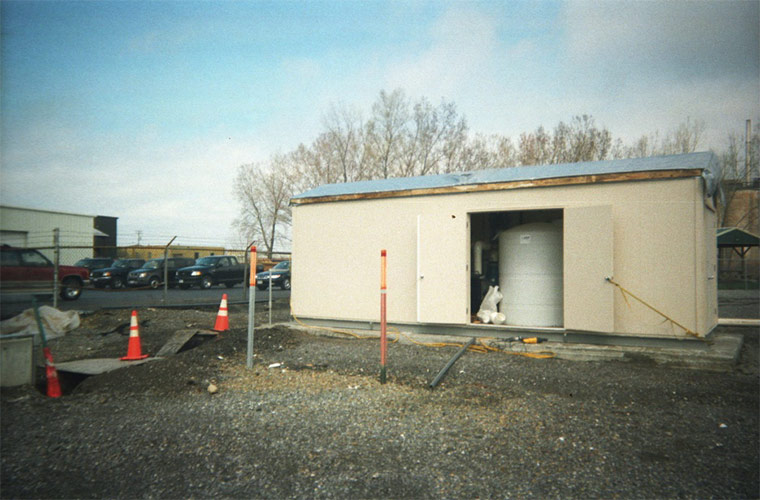 We were retained originally by Sovereign Specialty Chemicals (subsequently acquired by Henkel Corporation) to provide Phase I and II ESAs. The site has been used for chemical manufacture since the early part of the 20th century. Subsequent investigations included soil and groundwater sampling for upgrade of an aboveground tank farm. A volatile organic contaminant plume was found and we provided remediation design and oversight of the contaminated soil and groundwater.

The site was enrolled in the Voluntary Cleanup Program (VCP) now the Brownfields Cleanup Program (BCP), with the objective of a No Further Remediation letter from NYSDEC. The selected remedy was soil vapor extraction (SVE). We provided continued Operations Management and Maintenance (OM&M). Additional services included characterization and removal of a large berm of contaminated soil, and asbestos sampling and removal oversight.

We used our risk assessment expertise to calculate alternative remediation objectives, thus reducing the extent of remediation at the site. We then negotiated site specific cleanup objectives with the state regulatory agency (NYSDEC) for target compounds (toluene) that were much less stringent than the previously mandated goals, saving the project time and money.

We negotiated with the NYSDEC to conduct a targeted investigation focusing on the release from the AST farm. Background soil across the site presented levels exceeding state cleanup objectives due to the industrial site history, however, the approved remedial action plan focused only on compounds associated with the AST release.